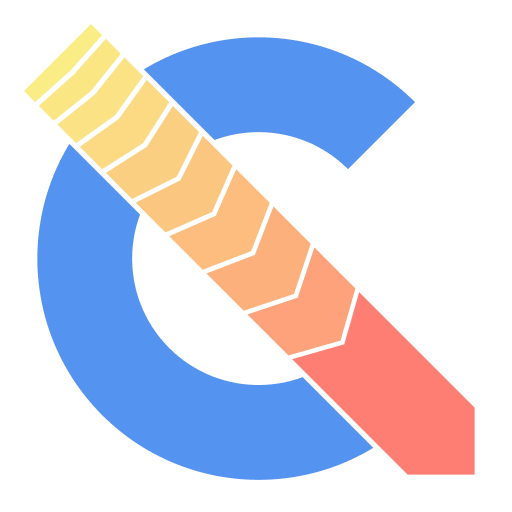 The plan is a modern C11 compiler which can mostly work with Clang, GCC, and MSVC while also introducing some new ideas.

Why write a C compiler?

How am I doing?

mostly aight, thanks for asking.

What are some cool new things?

One of my favorite new features are the live compiler (essentially an offline Godbolt but within a terminal) and the out of order declarations.

What architectures will you support?

I'll be starting with x64 but I plan on having Aarch64 support soon enough, it's mostly a matter of user-demand what other platforms I add though I probably won't be supporting anything with a segmented address space because I don't want to implement it.

What OSes will you support?

Ideally the essentials like Windows, Linux and MacOS but currently MacOS isn't setup and Linux has basic support (no live compiler)

Will it have optimizations?

What C extensions will you have?

I'll be supporting all the normal extensions such as:

And some possibly novel extensions such as:

It can currently compile programs using the subset of C it currently supports but it's still missing some essential details before it compiles any basic C program such as:

&cuik started work on the user-friendly diagnostics option 🎉 , the idea being that some reporting methods play better with automated systems like editors but some play far better at removing the noise (there's both a highlighted options and caret version because colors aren't always available and i haven't decided on things yet). Compare this against the old way of dealing with these types of errors.

&cuik More debug info! this time i've got some basic support for structs

Getting closer to having parsed & type checked my entire compiler with itself 🥳, ignore the .cpp file, it won't be doing that one, instead i'll probably convert it to valid C file &cuik 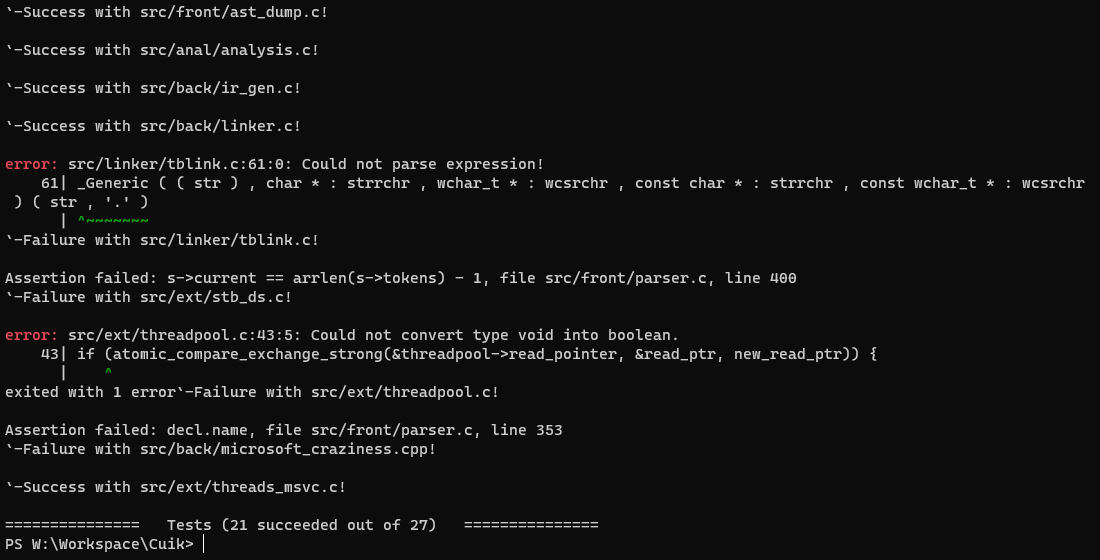