Life has been busy, but as always, there has been so much exciting work happening throughout the network. This last month, it has mostly been work happening on many of Handmade Network's amazing projects. I want to focus in on a few of these.

I wanted to shed some light on Cdbg, a debugger being hosted on the network! I had the opportunity of trying it out for the first time recently, and it has been a joy to use. 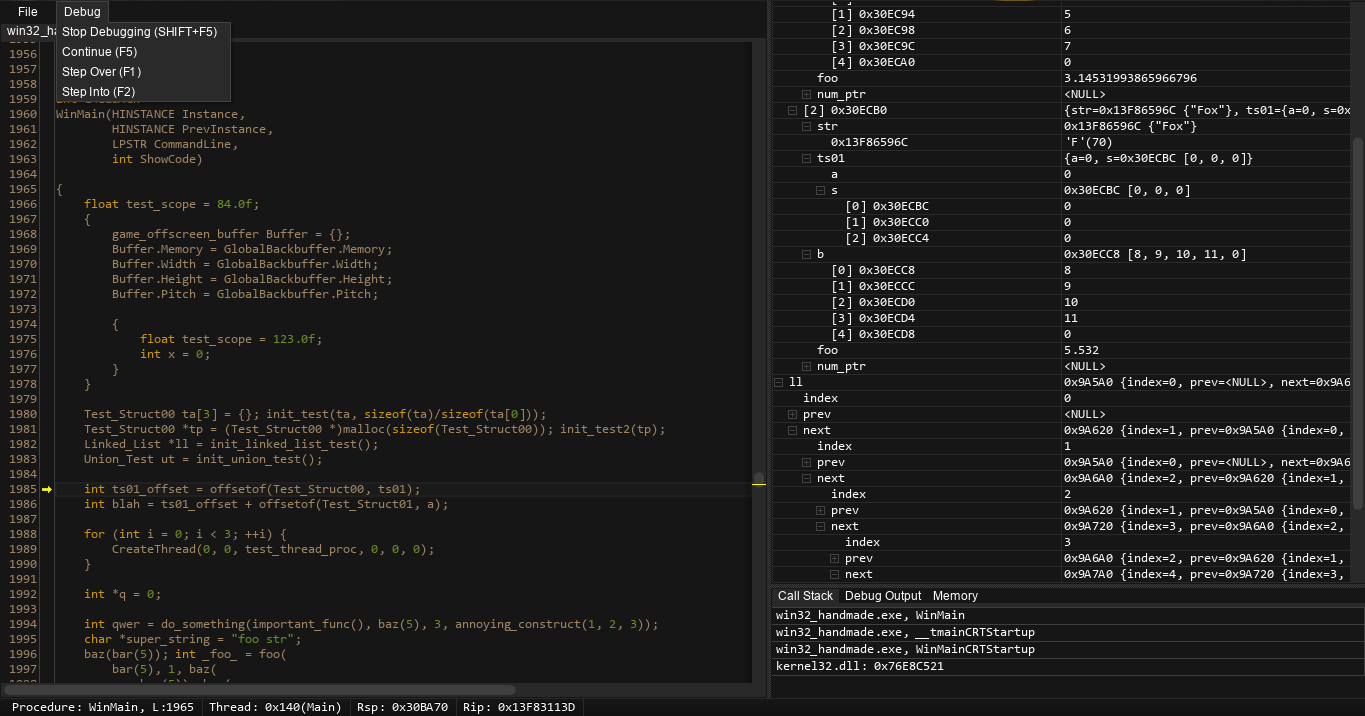 Allen Webster has been making some extremely exciting progress in expanding 4coder's capabilities, some of which will be presented in its 4.0.29 alpha release. 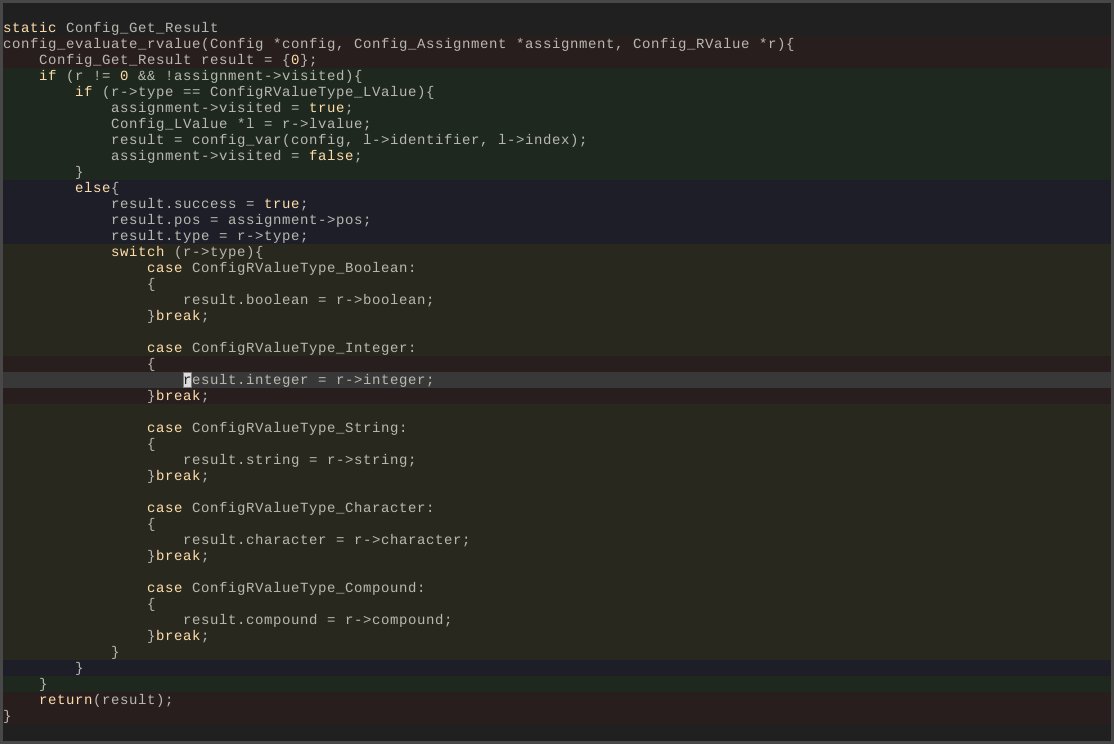 Some of the features include line highlights, which have been used to make scopes more visually distinguished from surrounding parts of code, and also highlighting lines with errors. 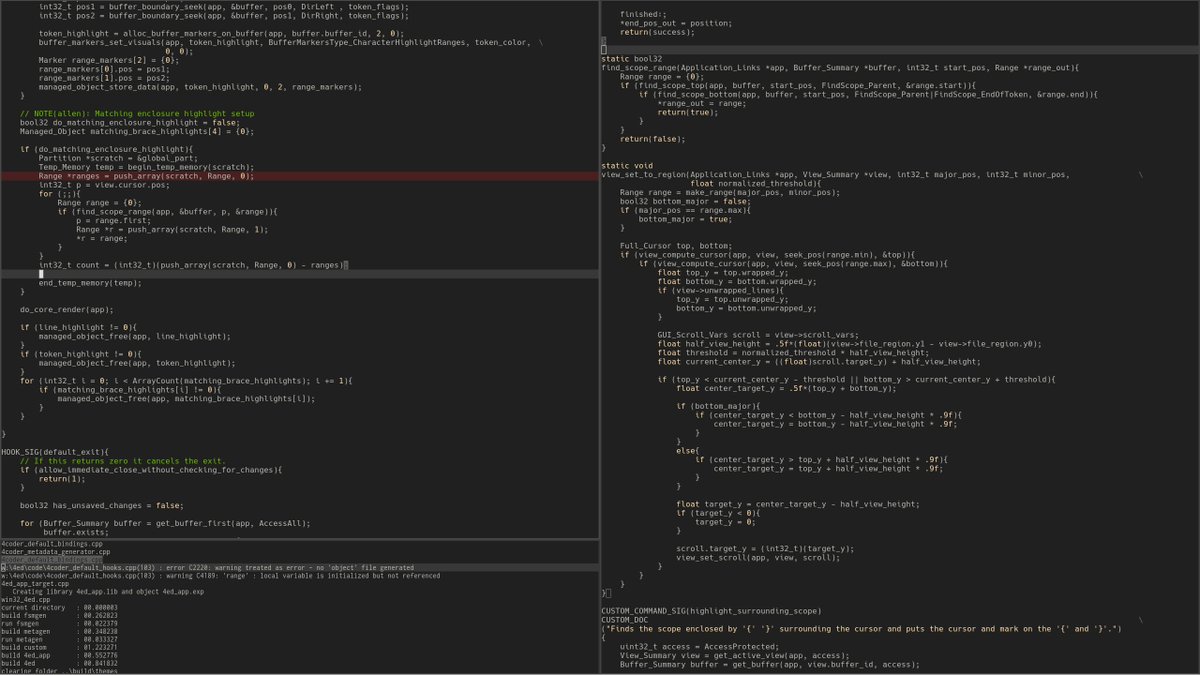 Allen also hinted at the introduction of support for a new cursor paradigm in 4coder, which might be more familiar to folks who are more used to traditional editors.

There are many under-the-hood features to speak of as well; Allen has detailed some of these, which are usable by the 4coder custom layer, in a few blog posts here on Handmade Network.

Overall, Allen is doing some extremely exciting work. I recommend keeping up with 4coder's development, either by following Allen's Twitter account, or by checking in with 4coder's Handmade Network page.

Essence is an operating system project hosted right here on Handmade Network, which has made a stunning amount of progress over the past few months. Recently, Essence developer nakst has written a discussion about automatic layout systems for user interfaces. This gives valuable insight into some of the thinking being done behind Essence's native user interface system, though nakst did make it clear that this is very much a discussion instead of a description of Essence's currently implemented features.

This does not scrape the surface of all of the exciting work happening around the network. There has also been some extremely impressive showcases done by various community members in the Handmade Network Discord. I encourage you to join us there, get started with development if you're a beginner, or share your own development work with us.

That's all for this month's news. I'll see you folks around!