Ryan Fleury
February 17, 2019
Hi, everyone! I hope everything is going well. This month, I have a few project announcements and some highlights from work happening in the community.

RemedyBG, a Handmade Network debugger project being written by x13pixels, recently had builds made public! The initial release was 0.1.0.0, but x13pixels has been great about getting updates and bugfixes out, so the application is now at version 0.1.6.0. You can check out the most recent release post here.

It has been awhile since a Bitwise stream was done, but Per recently returned with a new stream. You should check out the recording of the stream and make sure to stay tuned for more by going to Bitwise's Twitch page.

Here are the highlights:

Are you interested in people making completely unconventional 3D renderers in programs that, in no way, were ever meant to render 3D graphics? Then you'll love what Handmade Network team member bvisness had to show everyone: 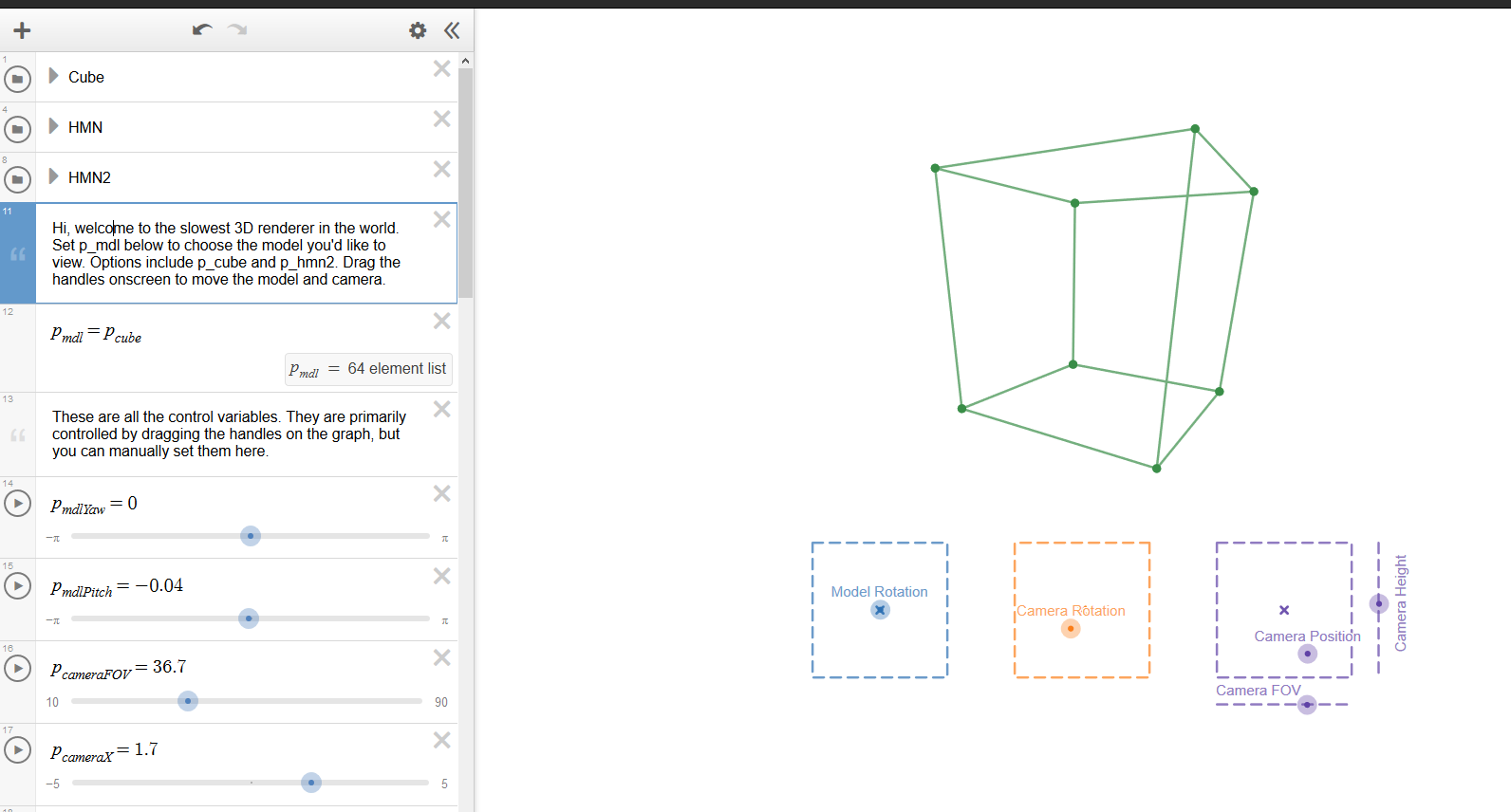 This is a 3D renderer that runs inside of the math/graphing website Desmos (yes, it's as nuts as it sounds). You can find a link to it here.

jwki made a 3D renderer as well, but different in flavor than bvisness': It loads in GLTF files and renders them using Direct3D 12. Here are a few screenshots:

rxi continued to wow everyone with his work when he showed off a very impressive UI style editor in his sequencing program. Check out a video of it below:

nakst, who is working on the handmade operating system project Essence, ran a very old version of Windows inside of Essence, running inside of Linux. I was floored, too.

That's all I have from the community showcase, but my list is certainly not exhaustive. If you'd like to see more work from the Handmade Network community, don't hesitate to join us over at the community Discord.

In January, I started the Handmade Network Game Stream, meant to be a short programming series to showcase the Handmade development style, while making a fun project for people to check out.

It has been a while since the last Handmade Network Game stream, and that's mostly because it can be a bit difficult to schedule something further in advance with a variable schedule.

Don't fret, though; the streams will return on Saturday, 2 March 2019. I'll give a more detailed announcement within a week of that date, though, so you can know when/where to watch the stream.

Additionally, I did eventually get the first two recordings up, so you can check those out below:

That's all for now, folks. I'll talk to you soon!

Hey Simon, that stream is the first one linked. It came out a bit late.
mrmixer
Simon Anciaux, 2 years, 11 months ago
Oh, I thought the December stream was suppose to be a handmade network "news" stream, like the one with Abner's interview.
Log in to comment