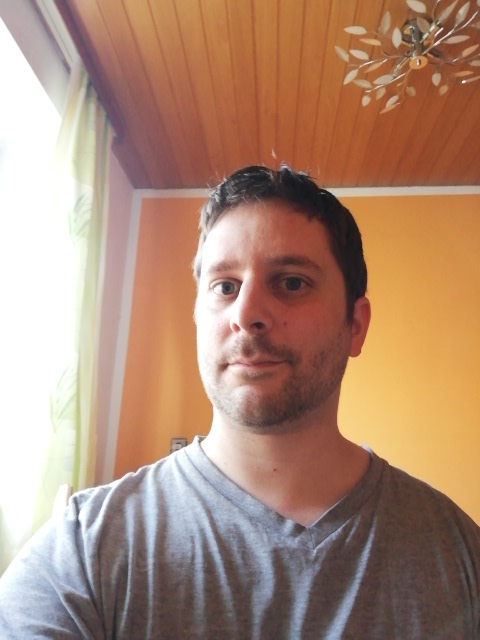 This will probably not be an useful or finished app in the end. It is more of learning project for me. I want to create a simple CAD app framework that I can re-use for later projects, figure out how to create 2d views from a 3d model and how to create PDFs (see what libraries are available for that).

Written in C with the SOKOL libraries.

I didn't end up with something visual or interactive, but it was very insightful.
I was trying to make a CAD app and use metaprogramming for it as much as possible.

What I did:
1. Day: Trying out metadesk and think about how it might help with me creating an app. I realised it is good for describing data, but not so good in describing a program.

2. Day: Trying out sokol_gfx and sokol_app. Also wrote a metaprogram that just takes a DATA_main.c file (in which I write the app in) and turns it into a GEND_main.c file (GEND=generated). I did some keyword replacement just so the metaprogram does something.

3. Day: Started writing the app. I decided that I want a rectangle-struct for basically everything on the screen (backgrounds, buttons, text, ...). I didn't end up writing much code for it though.

4. Day: Now that everything is just this rectangle-object I can describe most of the program in a tree structure. So I did create a META_DATA block (it is a variadic macro so my IDE wouldn't mark it as syntax errors) that holds metadesk data describing rectangles (and other stuff). The metaprogram reads that block and adds the rectangle creation code to a location I marked in the code.

Conclusion: I now have a nice setup for adding arbitrary data in my program and generate code from it.
Running a metaprogram on your code, even when it doesn't do much, can help thinking on a higher level and I think it helps making your code shorter and focus on more relevant things.
&bewehr 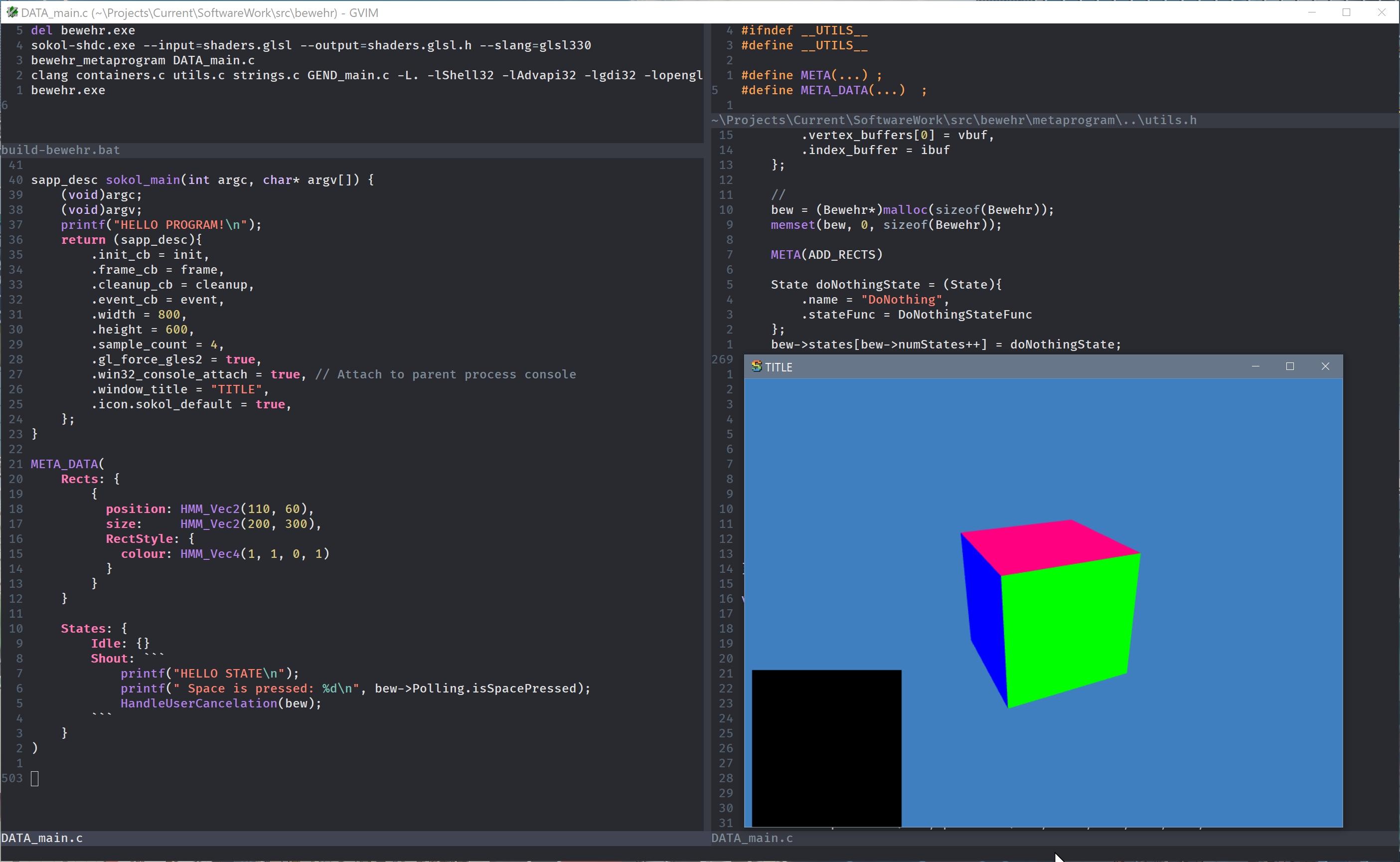