Welcome to the Seabird Development Blog!

Timothy Barnes
May 24, 2017
This is the first blog post for Seabird, a game I am designing based on character interaction. Seabird is the project that is keeping me busy through my college years. I am excited to have Seabird here on the handmade network.

I feel that the handmade network is a good place for this project for at least two reasons:
1. I have found the people here helpful and supportive, and I think this community will be valuable to help Seabird come together.
2. I care about learning how things work. This has influenced the choices of technology in the game which makes it fits nicely with the other projects here. 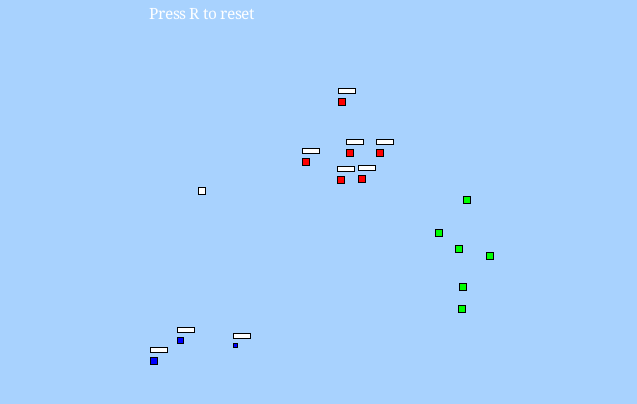 I also made a prototype of the player controls and character dialog. 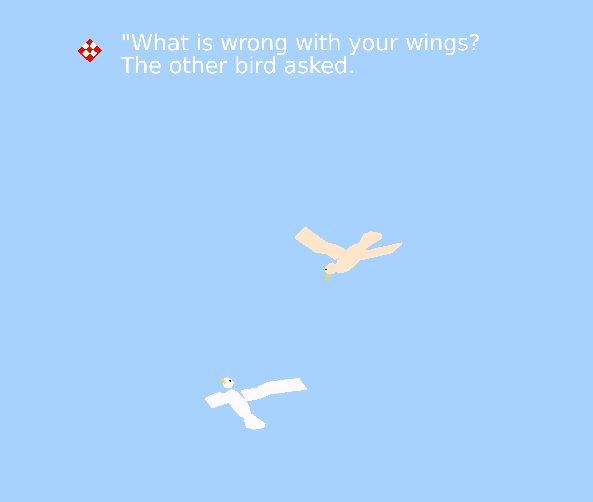 (I guess the answer to the question in that dialog is (if you look closely) their wings are not entirely connected to their body.)

Goal for the development of Seabird:

The only thing I am trying to do with Seabird is to make interesting character interactions between the player and other characters.

I would like to get closer to understanding better how interactive fiction could work in a game, but I am content for now with making a game that has interesting and challenging character interactions, regardless of whether the sum of the interactions emerges into a tight narrative.

I hope to share the development of Seabird through streams and posts here on this blog.
I would like to do a live stream demonstration whenever I have some notable update on the game. This way I can share the progress of the game design, technology, and artwork.
You can reach me on twitter or leave a message here if you have any questions or thoughts. I would like to hear from you.

Good luck, and keep us up-to-date!
TimothyB
Timothy Barnes, 5 years, 2 months ago
Hi Anton. Thanks for your interest in the game.
You navigate through wind currents and whirlwinds to find different flocks, hoping that they will be able to help you get back to your family flock.

The gameplay is based around the mechanic of flocks leaving to find other flocks. The objective is to learn about the flocks, who they will fetch, and under what conditions, and use this knowledge to make your way back to your family. When you are with your family, your objective is to try to navigate the wind to avoid loosing them again.

The reason to be with your family is because they keep you from falling. They do this by leaping over and catching you when you fall. When this happens, you stop falling for a little while. Other flocks might help by catching you too, but less readily, and they might even leave when you need them.

You do not directly control the dialog in the game. It happens by itself depending on what is going on. The purpose of the dialog is to help you understand what is happening between the player character and the flocks.

Sorry to write a tome here. I hope to get things together for a demonstration on twitch soon. I’ll try to post an update on the blog at least a week before the demonstration date.