Andrew Reece
September 12, 2017
This is (a slightly simplified version of) how I currently draw my fully aliased (sic) lines.

The code was initially written some time after watching Casey's video discussing the issue, so I can't say how much it was influenced by it. I have a feeling there may be some similarity to Bresenham's algorithm, but I haven't looked at it yet. As in large part my current programming practice in general and this project in particular are more focused on improving my skills than quickly achieving results, I've tried to solve problems at least to a functional level myself, before possibly finding a better version from someone else.

If you don't want that opportunity spoiled for yourself I recommend you stop reading here, implement an algorithm for drawing straight lines for yourself, then come back and compare techniques.


The Problem:
We would like to be able to draw a straight line from any one pixel (A) to any other (B).

Figure 1: A straight line from A to B

The main issue here is that pixels are on a square grid with finite resolution, so from 1 pixel to the next we can only move in 3 types of directions: horizontally (a), vertically (b) and diagonally at exactly 45° (c). 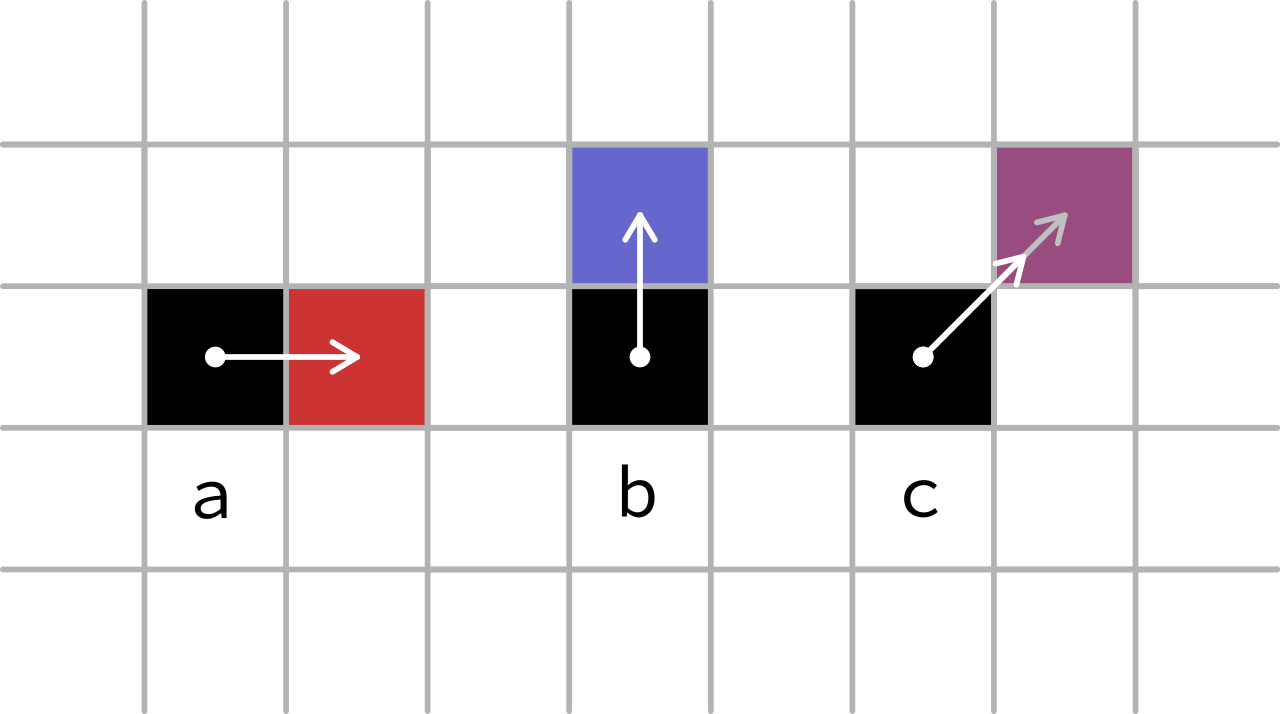 Note that the arrow for (c) needs to be longer (all the white arrows are the same length). For the same number of pixels drawn, a 45° line will be √2 times longer than the horizontal or vertical line.

Abstract Solution:
(N.B. I am considering the location of pixels to be their centre, not their bottom-left corner... adapt as appropriate)

It's clear that we can't get a perfect line at arbitrary angles, so we'll have to approximate.

Assuming we want the line to be contiguous, after the first pixel the next will always be +/-1 horizontally, vertically or both. Ignoring horizontal, vertical and 45° lines for a moment, we can consider lines as predominantly horizontal or predominantly vertical: 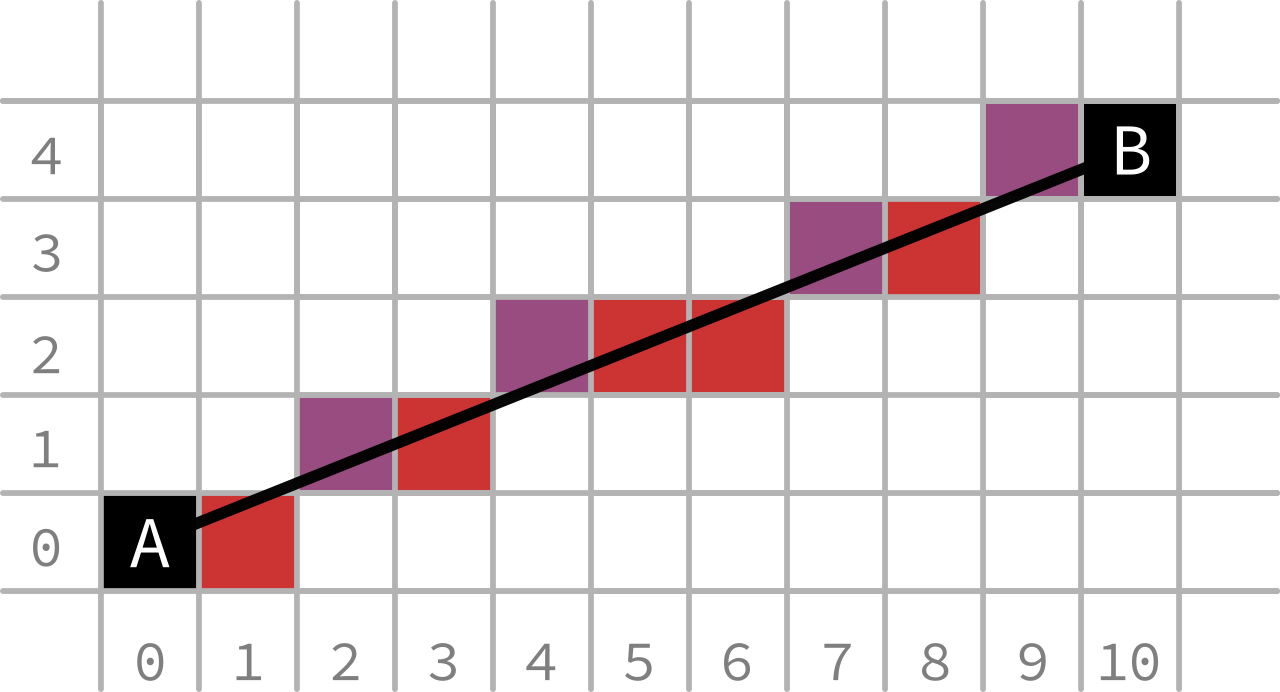 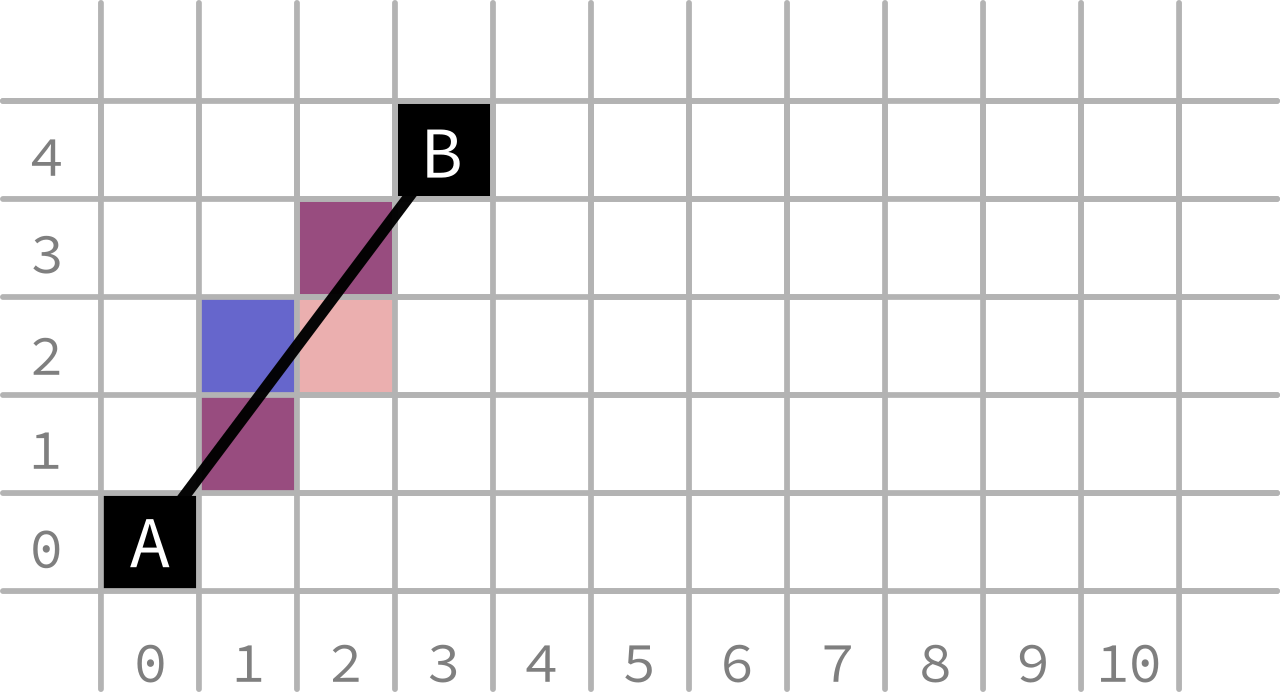 The figures above show potential pixels that adequately fit the black line.
They are coloured as in Figure 2 relative to the previous pixel, if moving from A to B.

You can see that an adequate line can be created with the following algorithm: 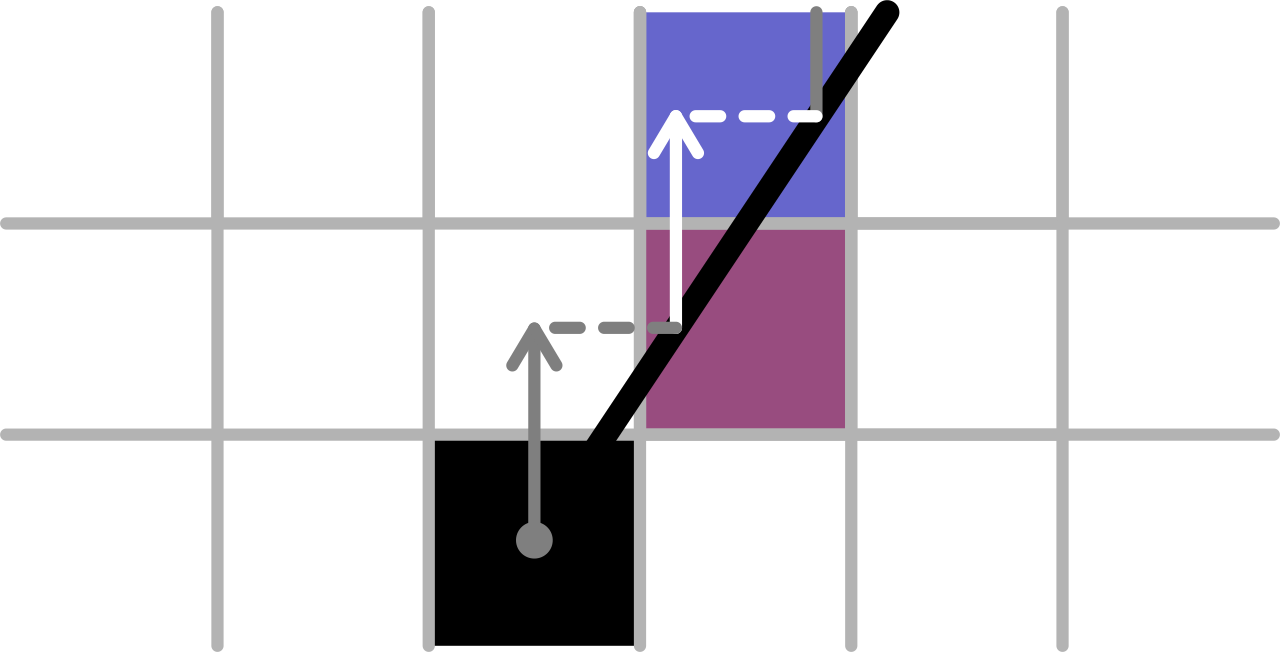 Figure 4 shows a minor issue with this: when the intersection falls on the boundary, the line is weighted slightly towards one point (here the start). This means that a line drawn A-to-B will be slightly different from a line drawn B-to-A. This is not a huge issue, particularly when using a resolution much higher than 10 x 4, but should be easy to special case (see the partially transparent pixel).

It's apparent from Figure 5 that the non-predominant component is both:

Implementation of Solution in C:

I've left out the code pertaining to alpha compositing (in my case blending colours with premultiplied alpha), as that's beyond the scope of this post. If you're interested, check out the Wikipedia page, Tom Forsyth's blog posts, and/or Porter & Duff's original paper on PMA.

Conclusion
Hopefully this has shown that drawing a basic (aliased) straight line is not too difficult, and has provided a bit of intuition as to why the algorithm is the way it is. If there's anything I can clear up, please do say.

Next time I'll be covering circles!