Software rasterization experiments. I know it's ugly AF, and the code looks even worse - but it's still a good feeling to have managed to put something on the screen. The torus is represented as two separate non-intersecting polygons (inner and outer circle, 360 points each) and is rasterized using a generic polygon rasterizer. With a little more work I'll be able to rasterize vector fonts as well. The lines are bezier curves sampled 128 times and at each sample a normal is computed and scaled to a certain thickness, resulting in a band that is easily triangulated. The big blue circle is rendered implicitly (center + radius), which allows for quick and dirty antialiasing that looks somewhat better than the rest. 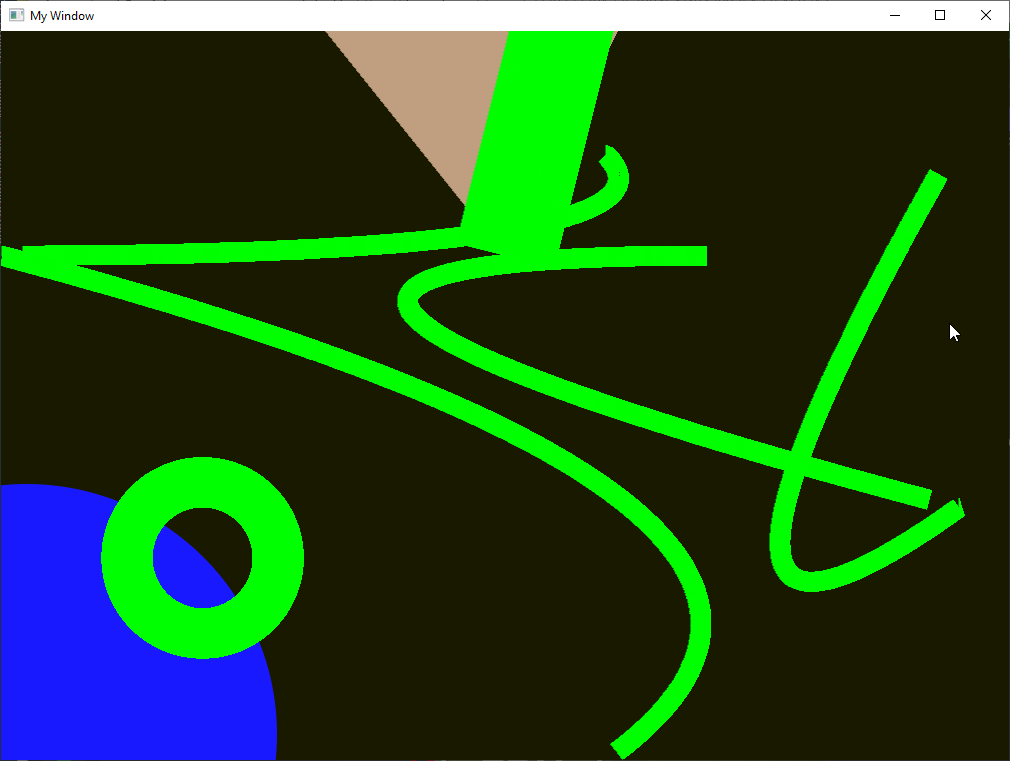