Ben Visness
May 22, 2021
Hey everyone! This is the first post in a new monthly series where we highlight some of the amazing projects being worked on around the network, and share some updates from those projects' creators.

What you see here is just a small portion of what gets shared in #project-showcase on the Discord. For each project we're highlighting this month, we have a few words from the project's creator and resources so that you can find out more.

This update was entirely made possible by Cedric on the Discord, who had the idea to do a community newsletter like this in the first place, and who did all the legwork of reaching out to project creators and getting their updates. A huge thanks to Cedric for kicking this thing off! 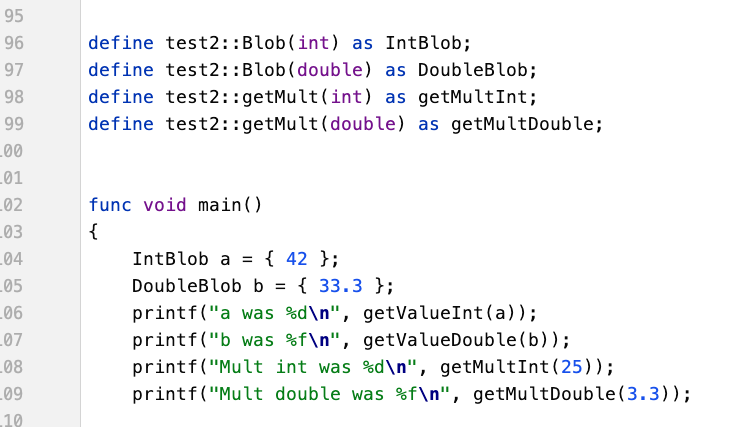 C3 is a new language being developed by Christoffer Lernö as a more modern replacement for C. It's been in steady development for a long time, and here's what he's been up to this month:

For C3, generic modules and parallelized codegen were the focus of the last month or so.
Final code generation is now done on multiple threads by default on Linux and MacOS.
Most of the coding was refactorings to enable the generic modules.
I think the most work was doing those refactorings and once I had everything set up for the generic modules it was pretty easy. It required implementing function name and constant name aliases.
This was probably the biggest feature I had left to do for C3 as well. I have things left to implement, but nothing this size.

You can find out more about C3 at its Handmade Network project page, or from the official website.


Dungeons (by The Sandvich Maker) 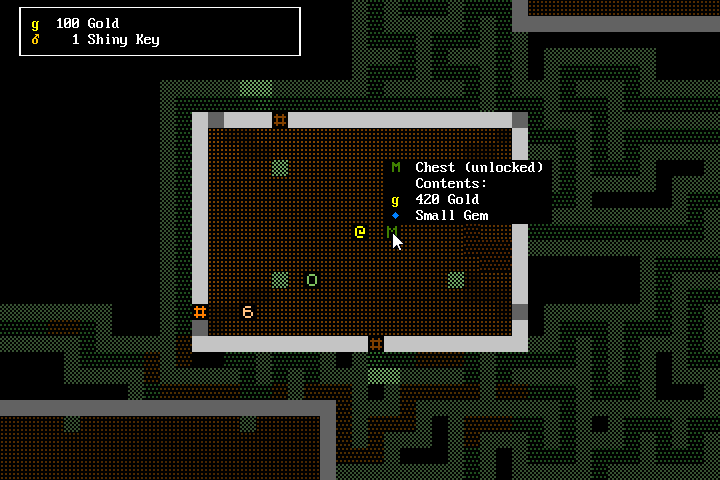 As a side project, I am making a roguelike, working title "Dungeons". It's an avenue for me to explore with gameplay programming in a straight forward way, with a lot of freedom in gameplay exploration. It is a 0 dependencies project, entirely from scratch, using software rendering for graphics, written in C-like C++. I am architecting the platform layer to be reusable for my future projects, and I'm already putting it to work to also make my own handmade text editor!

It's been really fun seeing this game take shape over the past month. Check out Sandvich's profile to see more and to keep track of the game's progress.

This is a project that I personally think is very cool:

Frustrated with the lack of interconnection between CAD environments and spreadsheets in existing software (I work in BIM / structural engineering) I decided to make my own software and connect those two elements into one program.
CAD elements properties can be accessed and manipulated in the spreadsheet. Manipulating CAD elements in the CAD view recalculates spreadsheets immediately. Potential usages are getting cost-, energy-, calculations immediately while modeling or generating models from data.
Last month I worked on:
Communication between „interactions“ (a state machine) and the different UI elements
Implementing first CAD primitives
Palette manager
All is done in C with OpenGL and a few header-only libraries.

Stefan has been regularly working on this project over on his Twitch channel, so go give him a follow and check it out! Warning: He sometimes plays incredibly saxy music. 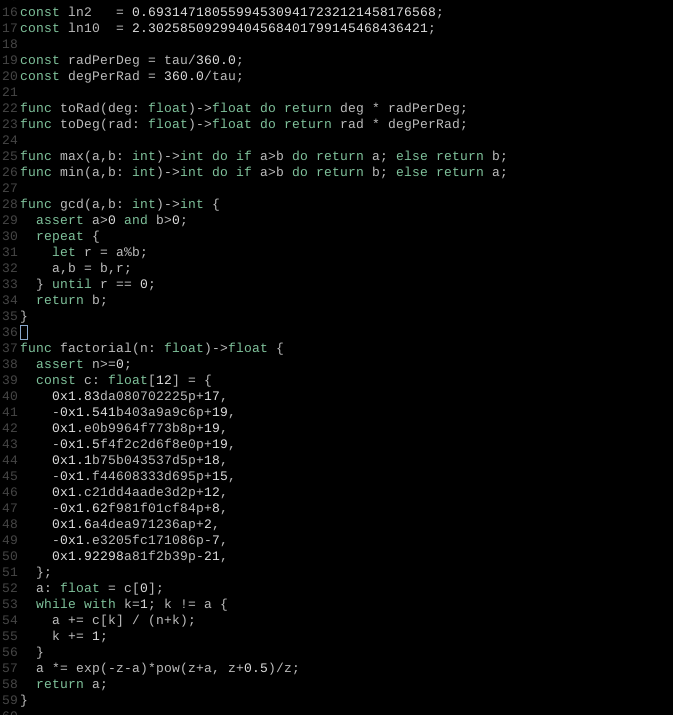 bumbread has been making a personal programming language to have fun and to motivate his own education. Here's what he had to say about it:

my language ai is a simple language with primitive support for object orientation, with primary focus on simplicity, communication with C libraries and adding few syntax sugars over C. If ever get to creating an operating system I will use ai in the project :D
The language is effectively a statically-typed scripting language, since it doesn't require the code to be contained within procedures.
A weird mix of C, Pyhon and Go heh.. :D
As of now, I'm working on writing a robust parser. The langauge is just starting, and there isn't much to show. However I'm planning writing a custom backend with an optimizer

It always makes me happy to see people building things like this just for fun and learning. Check out bumbread's profile to see more. 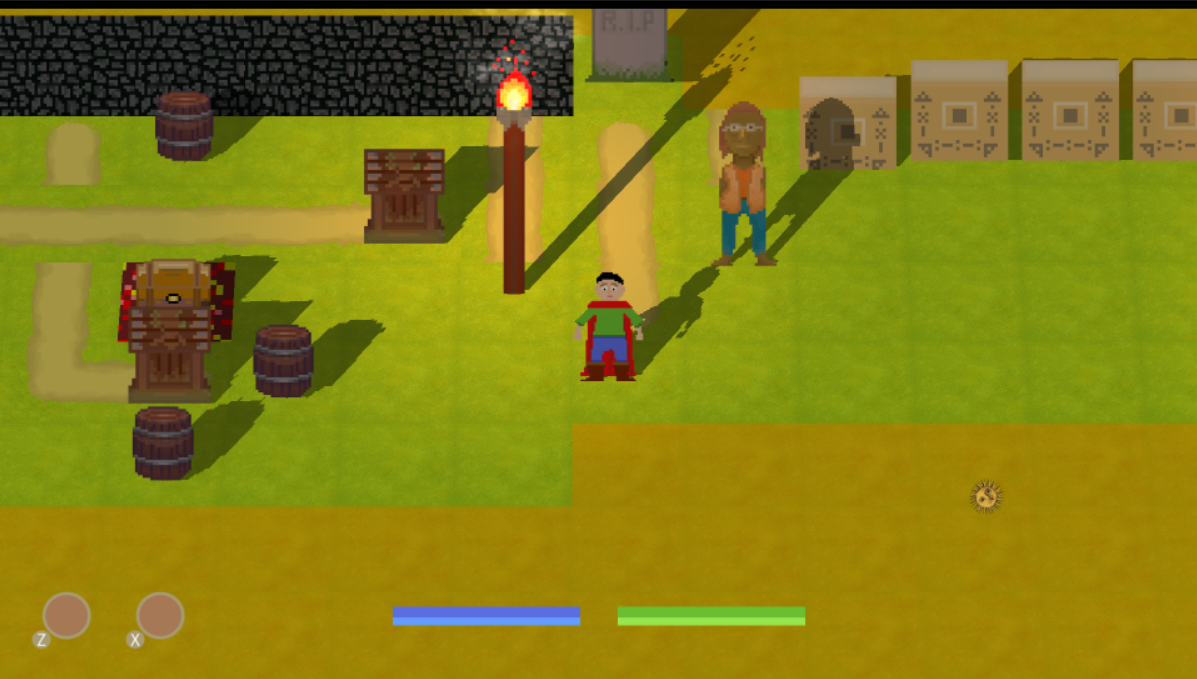 For several months now Oliver has been sharing screenshots and video of the RPG he's been working on, and it's really starting to take shape. Here's his quick description:

The game is a 2d/3d rpg set in the fantasy world of Illoway. As the heir to the throne you must collect the 7 dragon heart stones to bring peace back to the realm.
It will have a mixture of puzzles, quests, dungons, and conversations that will hopefully be fun and unique.
It's written in C using SDL and OpenGL. I want to experiment with 3d graphics techniques in the 2.5d world. Things like shadow maps, bloom and lighting.

I recommend scrolling back through the screenshots shared on Oliver's profile; it's fun to see how the game has changed over time!

We had our seventh fishbowl conversation yesterday on the Discord! For those who aren't familiar, a fishbowl is a focused, moderated discussion with limited participants - like a panel discussion, but over text. The topic was "The relationship between simplicity and performance", and there was some really interesting discussion and insights. You can read the whole thing here.

That's all for now, but we'll be back again next month with a new set of projects to show off! Thanks as always for being such a wonderful and inspiring community.
Log in to comment