Anyway, please help me understand. Thank you.
insofaras
Alex Baines
44 posts / 2 projects
#15637
I still don't fully understand & and *
3 years, 6 months ago Edited by Alex Baines on June 27, 2018, 9:51pm
You're correct that & gets the address of a variable.
This is probably most useful when you want to pass the variable as an argument to a function, for a few different reasons: 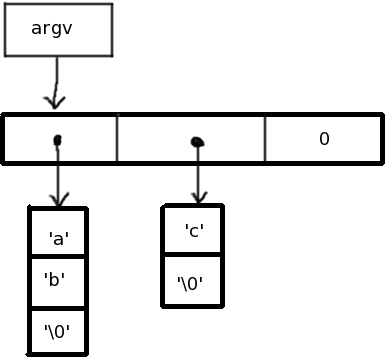 Theatrical
5 posts
#15638
I still don't fully understand & and *
3 years, 6 months ago
Thank you so much. One last thing, how come you have to specify that the arg inside the function is a pointer when you did that within the parenthesis?

Thank you.
ratchetfreak
497 posts
#15639
I still don't fully understand & and *
3 years, 6 months ago
whitespace doesn't matter, so both are valid as is

If you did arg += 4 without the asterisk, it would add 4 to arg itself, meaning arg would point to an address "4 ints further" in memory, that is, assuming type int occupies 4 bytes, you would then point to an address 16 bytes after the location of variable a.
graeme
36 posts
#15645
I still don't fully understand & and *
3 years, 6 months ago
C follows a syntax idea known as "declaration follows use". It's a neat idea--C is old, and they were still figuring out how best to do languages then--but it does cause confusion like this. I think everyone gets confused by this at one point.