The last RAW photo editor you will ever need.

It's been stupidly long since I posted an update on SilverNode. This screenshot doesn't show much new things, but I have redone the shader that does the color processing. It's cleaner and produces nicer results. More work to be done on the color processing still. 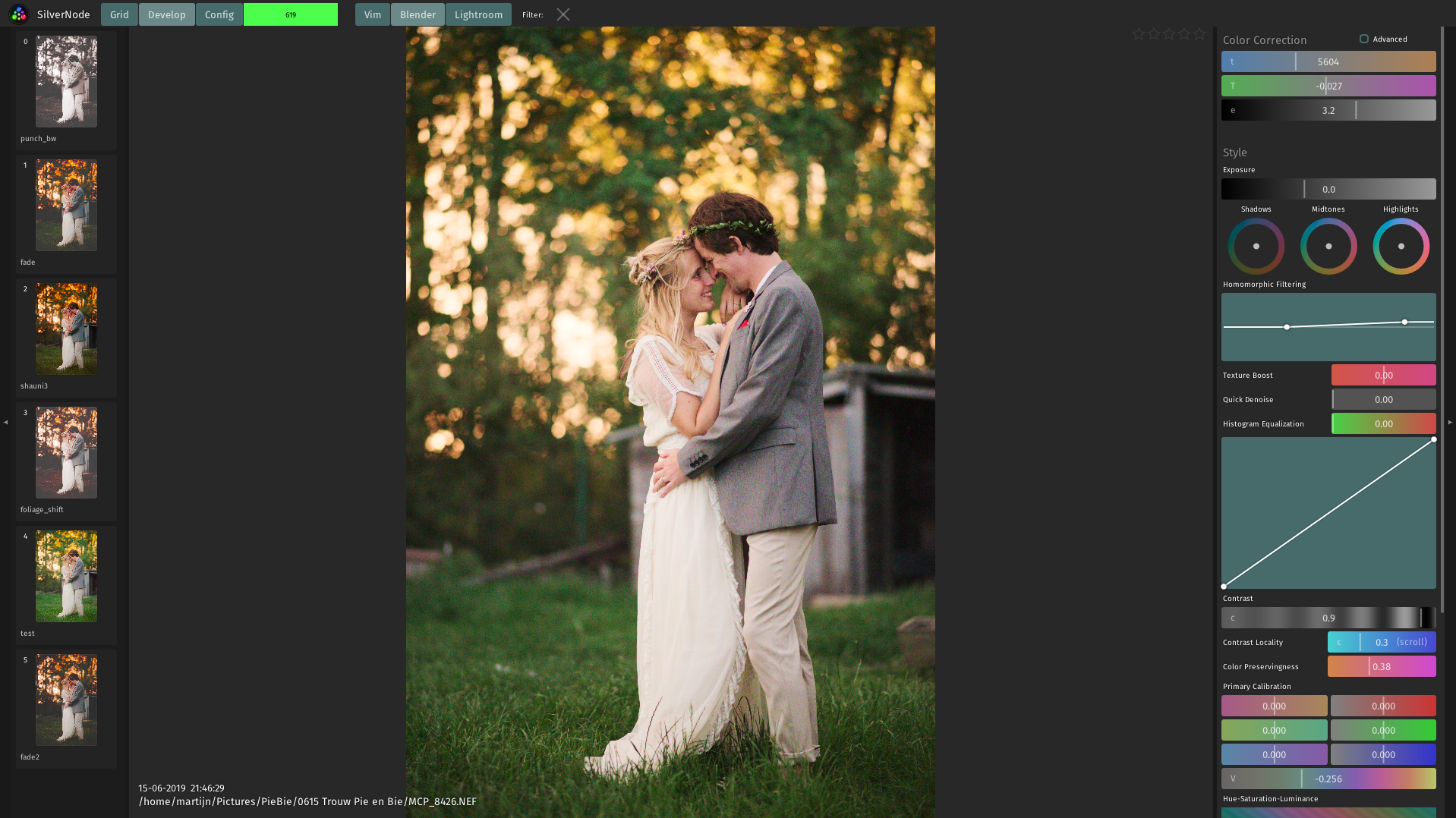 This project dates from 2009. I was 13 years old then. 😮 A fan of Braid, and was trying to recreate it. All made in Java Swing (because I didn't know anything else). 😛

The first part shows some Blender-inspired keybindings for tweaking Exposure (E), Temperature (T), and Tint (Shift-T) of the Color Correction aspect of the edit. After color correction, a preset is chosen. Presets preview when you hover over them with the cursor: notice how also the sliders and curves on the right panel preview the preset parameters. Finally after selected the preset where the foliage shifts color to red, the curve is edit to add some extra contrast.

Started working on multiple selection in SilverNode. This will allow for some powerful batch editing abilities.

Extremely fast thumbnail loading in SilverNode. This is will get even faster in the future!

My custom CSS style for Messenger.com; it's been there for a couple years now, but I thought it might be worth sharing here as well. https://github.com/mcourteaux/messenger-monokai 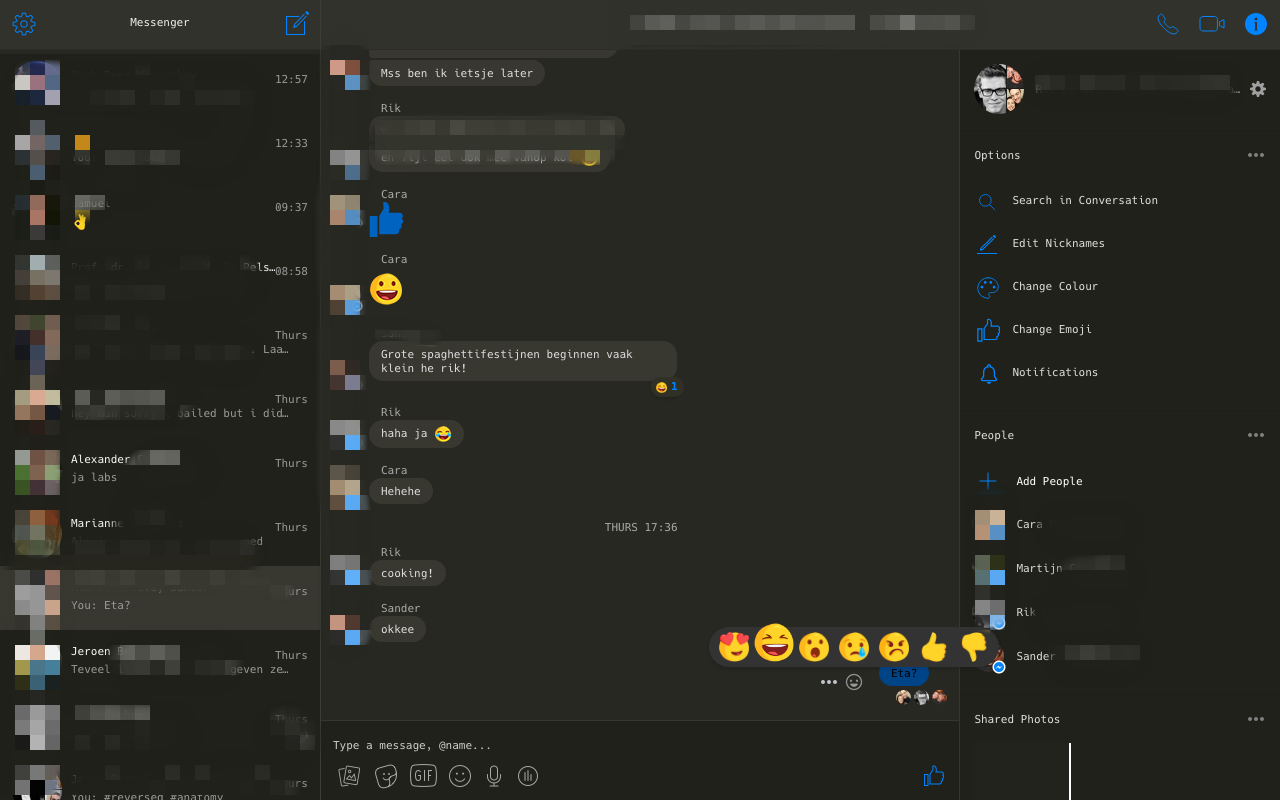