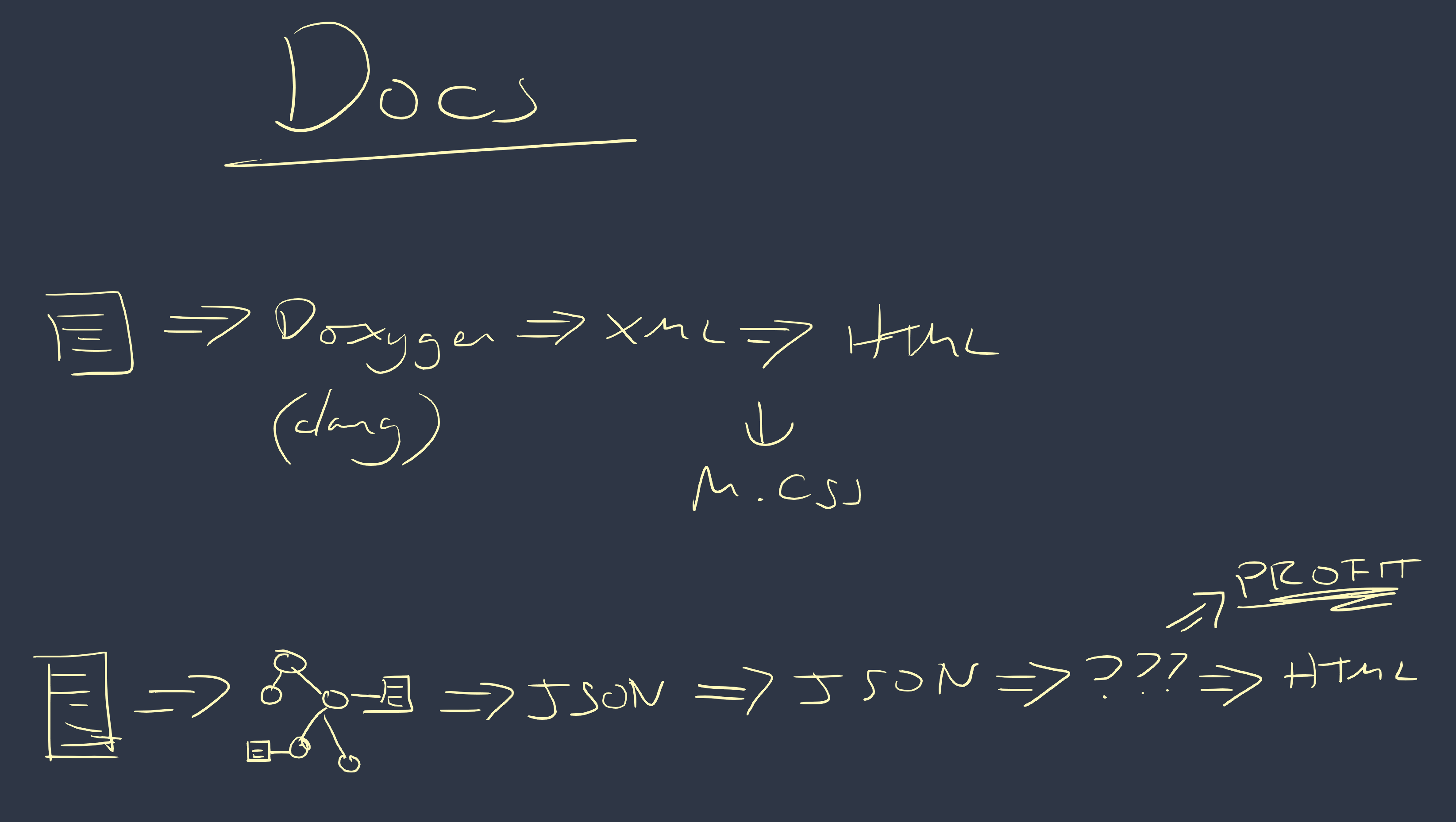 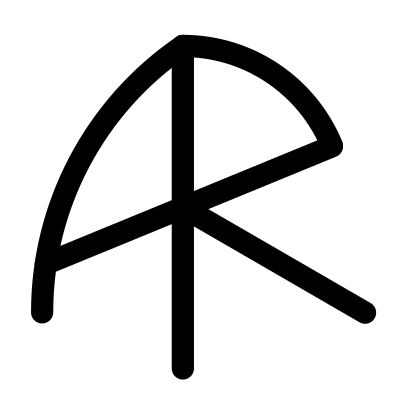 Existing documentation systems are either underpowered or awkward to read and write, tying you to a particular syntax. MetaDocs will use clang's -ast-dump to extract documentation written in any syntax along with the actual structures of your code.

They're either annoying to read and write in the file with a syntax that makes perl look readable, or they're entirely ignorant of their surrounding context, incapable of referencing the code around each chunk of documentation.

Let's look at Doxygen as the prototypical example of C/C++ documentation systems. First of all, if you're happy with it then I'm glad for you, and I don't really want to convince you to be sad.

With that out of the way, let's look at an approximation of the pipeline Doxygen uses and my issues with each stage.

It takes source code with inline source docs, parses the code structure and the docs with either a custom parser or with clang, optionally outputs XML describing the internal format, and generates an HTML website.

Doxygen has a custom syntax that requires learning separately and makes inline reading and writing difficult. To become more user-friendly they added support for a custom variant of Markdown. It doesn't have all the extended features of Markdown that I'd like: There's no way to write data definition lists or non-headed tables/multiline cells in a way that's readable inline. Don't tell me that inline HTML is readable. This is not a minor thing, data definition is a large component of documentation!

This does raise an interesting question though: Why can we have 2 different syntaxes but not others?

NaturalDocs is an interesting experiment in making the source docs readable

It has its own custom syntax with some useful grouping features. It's nice enough to read, but again takes a bit of time to get used to writing & doesn't have all the features you might want (although it does include definition lists!). We already have a lot of general-purpose human-readable markups... Do we really need more that are specialized for code docs? (I'm not entirely excluding the possibility that we actually do, but let's explore that space...)

NaturalDocs has different feature-sets for different languages. For C/C++ it exclusively parses comments and can't reference symbols that aren't explicitly documented. As a result it requires quite a lot of repetition of information already there in the code.

There are 3 sources of documentation I think need capturing:

These should be able to refer to each other, ideally using the same syntax for both inline docs and articles. The inline docs should be fairly readable, and the generated HTML should very readable, with pleasant typography, additional images, diagrams etc.

So I said before that current code documentation systems suck. Will MetaDocs not suck? To be honest, probably not. But it'll be a different flavour of suck, and one that I hopefully prefer!

N.B. I've put about 25 hours into this already, almost all streamed on Twitch & YouTube:

I had a few minutes spare this morning so I rushed out a summary video of how MetaDocs is looking after the jam (apologies for lack of polish, I didn't have time to plan it out fully): https://youtu.be/kKppU0zcXjM