Thankyou,
Oliver
marcc
Marc Costa
65 posts
#21905
Making a console app
3 years, 2 months ago
As far as I understand it, by the console/terminal app, we're just talking about a window that processes text input, runs the commands in the input and renders the input and results back to the screen.

mmozeiko
Mārtiņš Možeiko
2446 posts / 2 projects
#21909
Making a console app
3 years, 2 months ago Edited by Mārtiņš Možeiko on November 29, 2019, 2:17am
Shell executable can be anywhere. It is just a regular executable. Nothing prevents you to put bash executable into your ~/ home folder. Default location depends on your Linux distribution. Usually in /bin/bash. But could be also /usr/bin/bash.

Terminal I use is ConEmu (open-source). It is very customizable and very rich with features. I think I use it close to 10 years now. Main reason I use it is its integration with FarManager. Using Far with ConEmu is much better experience than with default Windows terminal.
OliverMarsh
Oliver Marsh
193 posts / 1 project
Olster1.github.io
#21910
Making a console app
3 years, 2 months ago
Thanks Martins, That link with the blog post was very helpful.
abnercoimbre
Abner Coimbre
321 posts
Founder
#21911
Making a console app
3 years, 2 months ago Edited by Abner Coimbre on December 1, 2019, 5:13am Reason: Simple clarifications.
You'll remember that, decades ago, people hooked up to a single, central computer using dumb terminals. Thus programs living on the central computer were expected to communicate with terminal screens. Like, if a C program printed a specific code to a terminal then it could control its behavior (cursor positioning, instructions to clear the screen, change colors, and so on.) The class of programs that have a terminal device as their output are called terminal-oriented. Today's terminals are emulators that mimic the old ones, such that terminal-oriented programs like the vi editor -- from 1976 -- still work today. 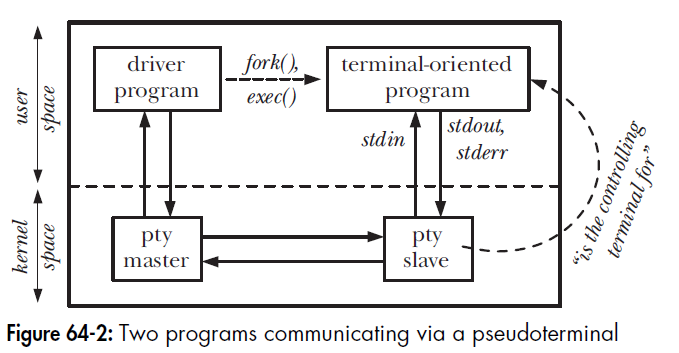 EDIT: Your driver will need to process certain codes itself, but getting into the nitty gritty is out of the scope of this post.
OliverMarsh
Oliver Marsh
193 posts / 1 project
Olster1.github.io
#21912
Making a console app
3 years, 2 months ago Edited by Oliver Marsh on November 29, 2019, 9:10am
Thanks Abner, that explanation helped out, theres more i think ive got to understand 😜 im going to have a look into the book
Guntha
69 posts
Professional programmer, working in the video games industry since 2012
#21913
Making a console app
3 years, 2 months ago
Hello,

Now, nothing forces you to display properly every Terrestrial language in your terminal on the first go, I just think it's good to know that text handling probably won't be the easiest part of the project. Font rendering itself can be quite complicated, you can see it just by browsing the 4coder forums.
abnercoimbre
Abner Coimbre
321 posts
Founder
#21924
Making a console app
3 years, 2 months ago Edited by Abner Coimbre on December 1, 2019, 6:02am Reason: More comments.
Oh, I made some updates for my previous post—mainly summarizing better—and have other comments below.

For sure. I would definitely start with an imgui library and some monospaced font baking.
OliverMarsh
Oliver Marsh
193 posts / 1 project
Olster1.github.io
#21936
Making a console app
3 years, 2 months ago
Thanks Abner, I'm going to have a go to see if I can communicate between cmd.exe, I'll be referring back to the info here 🙂
mmozeiko
Mārtiņš Možeiko
2446 posts / 2 projects
#21937
Making a console app
3 years, 2 months ago
What Abner said mostly relates to Linux and similar OS terminals. Windows cmd.exe historically worked very differently. That's why there were no good terminal replacements on Windows. It was not possible in sane way. Not sure if this is better nowadays. Maybe it is (haven't used these new APIs, so I cannot say anything about them).
abnercoimbre
Abner Coimbre
321 posts
Founder
#21971
Making a console app
3 years, 1 month ago
That is correct, I mostly meant Linux, but like you point out Windows is catching up with ConPTY.